×
Go to content
Published by Guest in Real Stories · 21 September 2021
If you're an owner of a retail store then this real-life example of employee collusion fraud will be of interest to you. Collusion fraud committed by trusted employees and third parties is hard to detect and our guest's story can give you insight into how he caught a cashier colluding with a friend to steal from a major retail store.
Real Stories: Episode 2

Working in the security and investigations department in a large retail store I get to see a lot of interesting goings on. It’s seriously one of the best jobs I’ve had involving not only customer but employee investigations, such as collusion fraud.
Employee collusion fraud is one of the hardest crimes to detect within a store. Theft by collusion is when an employee works with another to steal or commit fraud. In a retail store, collusion can take many forms such as a staff member giving a false refund to a friend, or giving price reductions on products that shouldn’t be reduced.
This one particular day I was going over a Till Operator Audit Report - a store report that basically provides data about what a cashier does on their till during a given period. The report gives categories of information that’s useful in highlighting areas where additional staff training is needed. But the report is also useful from an investigation viewpoint; if you know what to look for.
Analyzing the report, I found a pattern of data that looked very suspicious. The pattern was on a particular aspect of the report that showed a cashier scanning shopping items through a till, then voiding them off. This would be a case of the cashier scanning a product (usually high value) passing it to the customer, then voiding (deleting) it from the sales bill. The reason for scanning is to make it look legitimate to anyone who might be watching. This is a form of collusion theft.
I showed my boss my findings and he agreed something did look suspicious, so we decided to work late the next time this till operator was on duty.
The next time she (our suspect cashier) came in to work, we set up our store CCTV cameras on her. We were lucky enough to have a state-of-the-art store surveillance system. Our camera system had a function whereby information could be relayed from the till to our CCTV system, with a real-time recorded over-lay on the monitor. In effect, we could see (and record) everything this till operator was doing, including the transaction data.
My boss and I were sitting in the CCTV control room monitoring the suspect cashier, watching all of the transactions going through her till, and at first everything seemed to be ok. It was a couple of hours' worth of surveillance before we spotted a customer acting a little odd. The female customer kept approaching our suspect employee on the till, engaged in a brief conversation, then walked away. This occurred a few times.
Zooming the camera out to give a wider field of view we were able to watch both customer and cashier. The customer had a full basket of shopping and went to stand in the queue to be served by our suspect till operator. As the queue moved along, the customer eventually placed her shopping onto the conveyor belt to be served. She began talking to the cashier, appearing very casual and friendly.
As we watched via the store CCTV surveillance system, we noticed the till operator scanning some of the customer's shopping items, passing them to her, but then voiding (cancelling) them off the bill. The customer however packed the shopping items in her bags, despite them being cancelled off the till receipt. We also observed the customer pass an item back, which had been genuinely scanned, for the dishonest cashier to void it from the bill. This item (now cancelled) was passed back to the customer to be packed in her bag. This was employee-customer collusion fraud at its best.
But that wasn’t all.
At the time of payment, the dishonest customer handed over her bank card to pay, and although she paid by card, the cashier took money from the till to give to her accomplice as “change”, causing a till short (loss in money). We had all the evidence of the collusion recorded on our surveillance system.
At this point, I immediately left the CCTV control room and made my way to the store exit, where I could observe both the till operator and customer finishing up. My boss continued to monitor via CCTV whilst giving me a running commentary over two-way radio of what was happening.
The colluding customer finished up paying, but not for all the shopping she had. She still had items not paid for, the items both she and the cashier had colluded in stealing.
The female customer walked past me and left the store, after which I was given the all-clear to carry out an arrest. I detained the female and escorted her back into the store. The dishonest cashier was subsequently removed from her till and escorted to a separate office.
Both the dishonest employee and her accomplice admitted to the theft, they were arrested by police and removed from the store. Needless to say, the employee never came back for her staff disciplinary hearing and so was later dismissed in her absence.

Collusion fraud and theft not only occurs in a retail environment but in any business. It costs a huge loss to businesses and can be very tough to spot. If you own your own business, it’s worth hiring a private investigator or getting the relevant investigations training and advice to help detect and deter any potential collusion by staff. It is also recommended to buy and set up a CCTV surveillance system for vulnerable areas where collusion fraud is likely to occur. 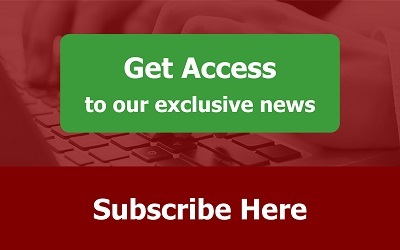